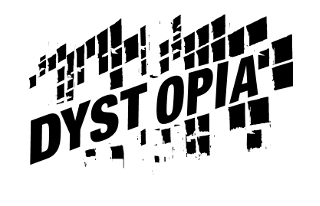 GHOST SIGNS, FRESCOS OF THE EVERYDAY, GATEWAYS TO THE LAYERED CITY … 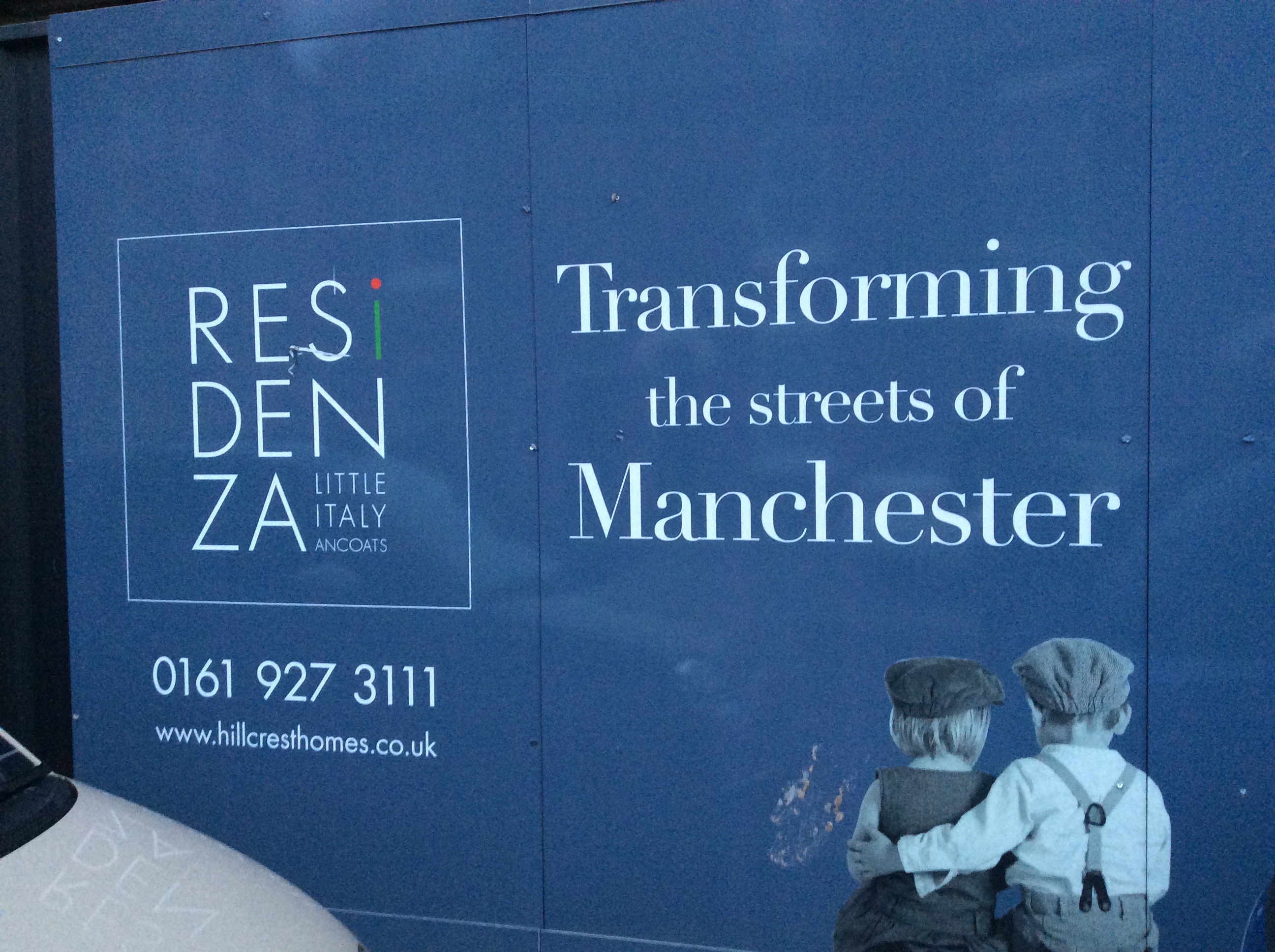 Its hipster-friendly cold pressed coffee and artisanal district, the Northern Quarter, is saturated with trendies, well coiffed beards and radical tattooists, a trendsetting triumvirate already rejected as the ‘new mainstream’ by an upstart generation of craft beer brewers and real bread pedlars operating under newly refurbished railway arches conveniently positioned by the proposed high speed rail link to London. There’s money in Hipville, Manchester. Yet just round the corner Rogue Studios, a thriving artist led community operating out of a dilapidated mill for the last fifteen years, sustained by cheap rents in this forgotten strip of industrial landscape, was given its notice this Christmas by new owners eager to build luxury apartments; ousted by Regeneration or Gentrification, call it what you will, this is a well worn and tawdry tale[2] .

No room for time wasters in this frenzied Gold Rush. Plus ça change, plus c’est la même chose…

Yet, hanging on behind the scaffolding, dust sheets and the ‘Coming Soon’ signs multiplying across town, lie older signposts to the stories of the city shyly peeking out. Emblazoned on the sides of old buildings, obsolete shop fronts and empty factories, lies a raggedy riot of neon, typography and hand painted logos, advertisements of forgotten products and redundant manufacturers, tattered and faded or garish yet incomprehensible, surviving in ghostly form all around us. A parallel bustling cityscape hiding in plain sight, so ubiquitous we barely notice them, a potteresque diagon alley. But beware, rampant modern development means that such «ghost signs» (as they are known by the History of Advertising Trust) are disappearing fast. Ephemeral yet fascinating fragments from an age before the digital takeover of the paste-up poster, the laser cut signwriter and global internet advertising.

Back in September 2009 over at the Manchester modernist society we ran a little homage to the peculiar beauty and cultural significance of these fast disappearing relics, prompted in part by the sudden passing of a particular favourite, the much loved Barkat sign on the edge of town behind Piccadilly railway station…

Barkat Knitwear was perhaps the boldest and most colourful example of a genre which lit up Dale St for god knows how long until being unceremoniously, criminally painted over by its new owners. It brightened up the daily trudge to work, school or the shops come rain or shine, a landmark, an icon, an everyday fresco for the common man. A quick perusal of flickr shows that the Barkat sign a much loved fixture in the landscape, a staple backdrop for urban photographers, a visual shorthand for the gritty city, admired for its colour, exuberance & the rugged, battered textures of its surface; appreciated as an invaluable slice of social and cultural history; as much a historical artefact as anything dug up on an excavation, a window into the day to day life of the twentieth century city, as valuable as a wall of Latin graffiti in Pompeii. The Barkat sign straddled the boundary of Ancoats and the outer edge of Northern quarter, once the heart of the textile, food and commercial district, a bustling labyrinth of workshops, showrooms and factories. These buildings – their sides, facades, even door frames – made convenient billboards for product placement, clever brand-washing in an era before PR and marketing departments, television ads or internet campaigns. Sign writers were skilled artists and their work was detailed, meticulous and in great demand. Though the industries declined and the businesses disappeared their memories remained, faded peeling apparitions, relics and remnants of former glories.

And whilst they share many of the attributes of architecturally commissioned post war murals, also at risk as outmoded motifs of the outmoded twentieth century cityscape, the sheer fragility of their materials, their ephemeral commercial nature and inherent anonymity renders them even more vulnerable to the threat of regeneration, demolition or eradication. From modest pieces such as the Barkat to lavishly painted adverts promoting everything from universal products to specific local services and businesses, they are both visual treasures and social/cultural documents, multiple narratives of the city past and present, enriching our built environment, how we read and appreciate our own temporary guardianship of any metropolis. We are fleeting, it remains.

Perhaps the time has come not only to challenge our notions of what art is but to broaden the boundaries of what constitutes the archaeological object. Every time we paint over, dismantle or jet clean one of these images we erase a crucial element of the fabric of the city, a little bit more of our history and yet more of our archaeological record, the story of ourselves. Furthermore, Bristol council’s decision to consult the local population on the fate of graffiti art covering the walls of its city buildings demonstrates the beginnings of a welcome reassessment of the ‘canon’, one that reflects and acknowledges the value and importance of art and design in the public realm, beyond that which is traditional or officially sanctioned. Perhaps it’s also time to include an anonymous oeuvre that paved the way for the Bankseys of today. These quotidian frescoes embody art, social document and historical artefact. If we can accept graffiti as art then why not sign writing and graphic design?

Re-imagined as a vast open air Tate Modern minus the exhibition fee and restrictive opening hours, bursting with paintings, murals, sculpture and pop art from every era, the City becomes a living canvas, a vibrant and thought provoking backdrop to our everyday lives, reflecting like all worthwhile collections, media and styles of every period. But this is a collection that boasts artwork from the famous to the unknown, from the grandiose to the intimate, reflecting the times and cultures of the changing city, always thought provoking, visually stimulating and a pleasure to visit and inhabit. Now that’s some radical Powerhouse.

http://www.heritageworks.co.uk/abpt-final/about_ancoats_buildings.htm
Manchester markets itself as the world’s first industrial city, with Ancoats its first industrial complex. It was here that the industrial revolution came of age, and where the spinning mule and the steam engine, the heart of the British cotton industry, came together for the first time. The area grew piecemeal within a grid pattern of streets laid out in the 1790s. The 50-acre Conservation Area currently contains thirteen listed buildings, seven of them Grade 2* with several further listings anticipated. The majority of the listed structures are the familiar Ancoats Mills (the factories of the world’s first industrial suburb) but the area also includes examples of workers’ housing of all periods from the 1790s, pubs, churches and a former primary school with rooftop playground. In light of the World Heritage Site nomination, it is particularly important that the best examples of all the building types represented in the area are conserved and brought back into use to tell the Ancoats story. 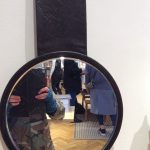 Maureen Ward is a brutalist bluestocking, an anachronism, an urbanist, dreamer, moocher and researcher investigating, writing and collaborating on the intersections of art, activism, architecture, cultural theory and social geography, to present an Archaeology of Us. A trained archaeologist with a masters in visual culture, her research question at the Manchester School of Art focused on the legacies of post war British modernism, vernacular creativity, contemporary art practices and the dialogues made possible by their collisions and collaborations. In 2009 she co-founded the Manchester Modernist Society, a creative project dedicated to celebrating and engaging with 20th architecture and design through events, exhibitions and creative collaborations, and was founding editor of 'the modernist', its publication arm. Always keen to work across disciplines, she has written sleeve notes for Warp artist Lonelady, held a midnight tour of the city from the vantage point of an abandoned motorway, and distributed free popcorn to passersby outside a listed modernist cinema up for demolition. Art as process, practice and conviviality – as a space for change, experiment and open enquiry – and art as laboratory, is always at the centre of her contemporary archaeological practice. 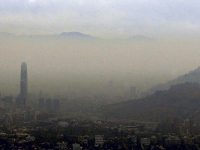 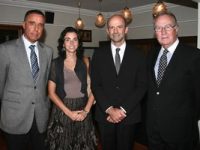 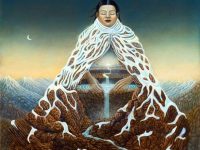 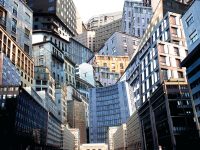 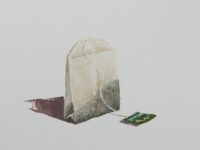 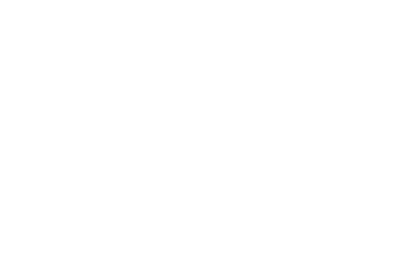